Discover Gay Barcelona, a city with a vibrant gay scene, stunning beaches and amazing architecture. This is Europe’s No 1 Gay Destination and home to its hottest men and biggest parties. 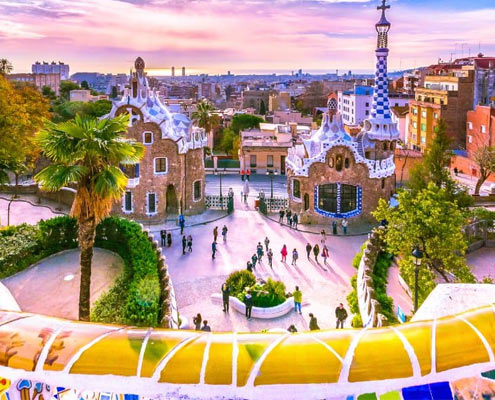 Discover the best of the city with our insider guides, including the tips on where to stay and play. 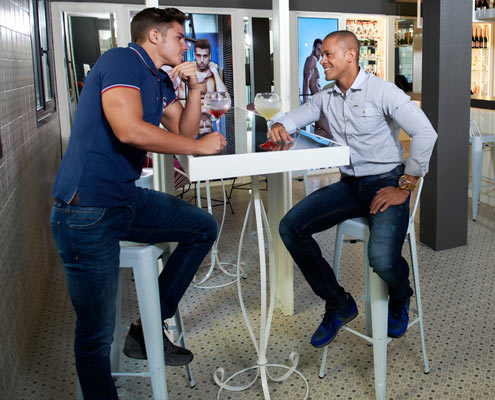 The city’s gay bars are located in the Eixample district within easy reach from the centre of Barcelona. 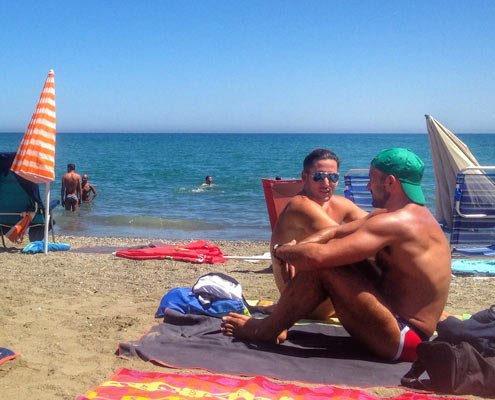 Barcelona combines city style with a beach vibe. The gay beaches are right on your doorstep! 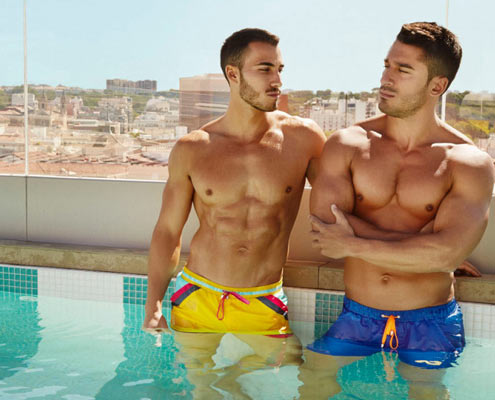 Stay in the Gaixample district and discover the best hotels recommended by our editors! 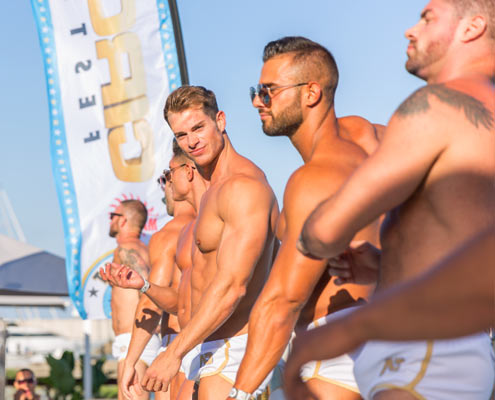 Plan your Barcelona escape to coincide with the biggest circuit parties, pride and bear events. 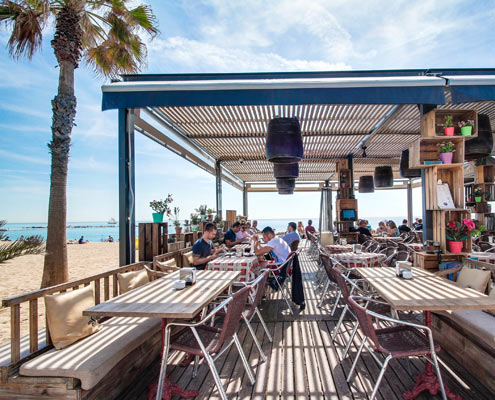 Barcelona is home to some of the best tapas in the world and unique innovative restaurants.

Here are the top rated venues with our readers in the past 7 days.

The best key events + upcoming parties in Barcelona this week! 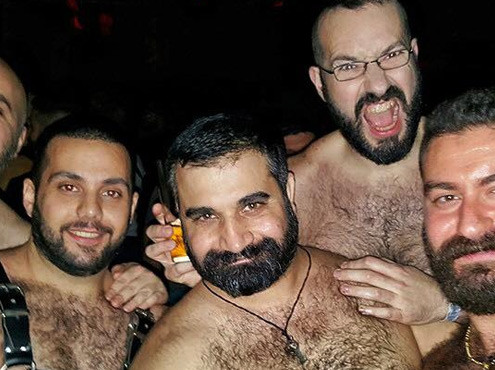 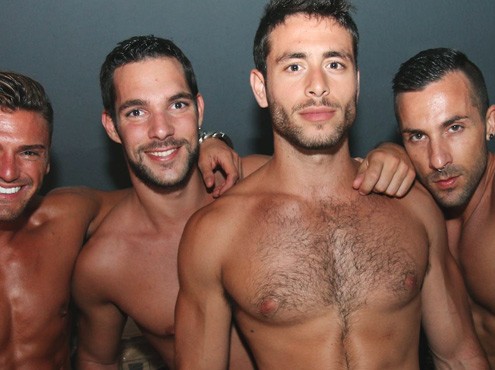 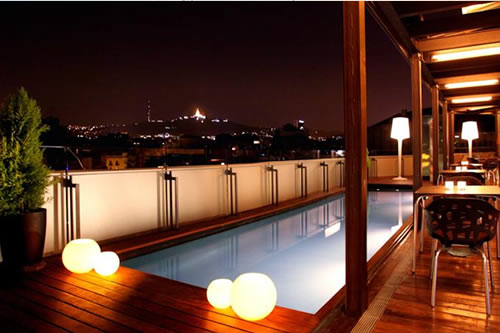 Hotel Cram is set in Barcelona’s central Eixample district, a 10-minute walk from Plaza Catalunya. It features a rooftop pool with city views and Michelin-starred Angle Barcelona restaurant. All rooms have free WiFi and large flat-screen TVs. Right in the heart of the gay district 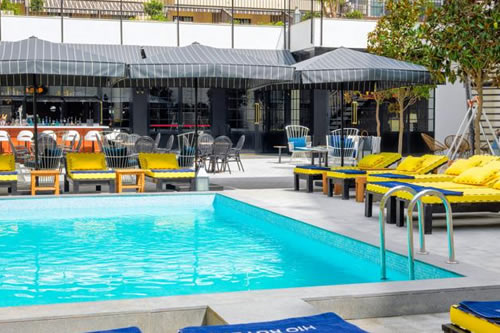 The H10 Metropolitan is just a 2-minute walk from Paseo de Gracia Avenue, with its boutique and designer fashion stores. Each room has a flat-screen satellite TV, air conditioning, coffee machine and a minibar. The private bathroom comes with a hairdryer and bathrobes.

GAY BARCELONA & What you need to know!

A short guide to planning a successful gay holiday in Barcelona!

Barcelona is a city for all the senses. It is home to beautiful guys and stunning architecture. Party animal, beach bum or culture vulture, this city has something for everyone!

Barcelona has been one of the top destinations for gay visitors to Europe since the late 90’s. The city has all the ingredients for the perfect escape; great year-round Mediterranean climate and beautiful beaches close to the gay district of Eixample.

Where is the gay area?

The gay district of Eixample, or Gaixample as it known locally, is in the centre of the city.  Here you will find most of the gay bars. All of the businesses in this district are gay-friendly. Our editors have selected the best restaurants, hotels and shops worth visiting.

Barcelona loves to party and major events include the Circuit Festival in August, Gay Pride in July and Bear Pride in March. Traditional events such as Carnival (normally Late February), New Years and Fiesta Mayor are also very popular. Barcelona is a busy congress city. Hotels can fill up fast with business travelers.

The gay scene comes alive late. Bars and clubs get busy from around 1am. The best times to visit the bars of Gaixample are from 12am until 3am.

Take a personalised gay tour of the city and get to know the best Barcelona has to offer.

Where is the gay beach?

Barcelona also has some fine beaches, all just a short stroll from your hotel. Platja de Sant Sebastia is a popular beach with great restaurants nearby. The gay beach of Platja de Mar Bella is home to the Chiringay and is the day-time hub of gay life in the city during the Summer Season (May to September).

Nearby you will find Sitges. It is just 30 minutes away by train. Many visitors to Barcelona choose to spend some part of their holiday in this bohemian and gay-friendly beach village.

Barcelona’s popularity lies in its unique cultural, culinary and architectural heritage. The city is blessed with famous buildings. Avoid the queues at the Sagrada Familia by taking our skip-the-line tour. Explore Gaudi’s Parc Guell, a sight for all the senses.  Visit these attractions early in the morning and avoid the crowds during the midday heat.

Barcelona is a year round destination with mild winters and warm hot summers. Beach weather is from April to October (but nights can be chilly so bring something warm to wear). Peak beach season is July and August, when the city fills up  with tourists as locals set off to the coastal town of Sitges.

If you want to be close to all the gay bars and beaches, then stay in Eixample district or “Gaixample” as it is referred to by locals.

Save on Barcelona Hotels Now - Up to 70% Off 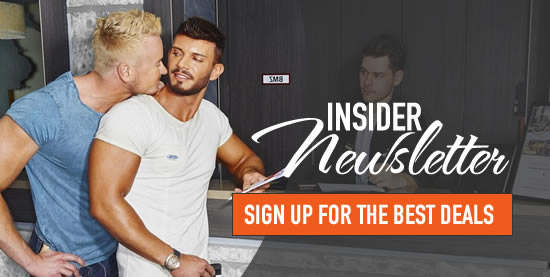